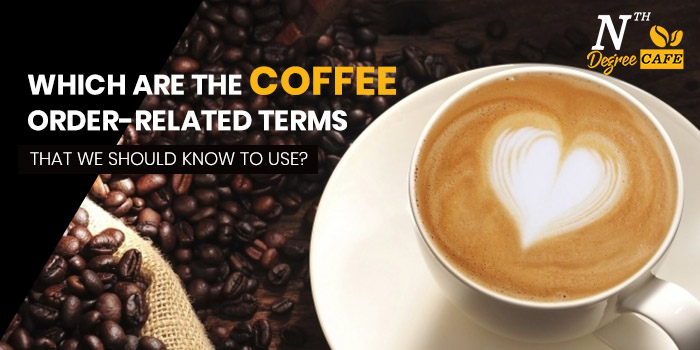 The people who regularly go to the cafe are well acquainted with the coffee terms like that of the cap, solo, decaf and skinny. But the ones who are going to visit the cafe in Sydney for the first time are not familiar with the terms. So in this blog, we shall be telling you the popular terms that you need to learn to order at coffee shop in Sydney:

Are you a great fan of the cappuccino? Good to know. So from now onwards, shorten it up with ‘cap’.

When the customer wants to order the coffee who’s caffeine content is limited to only 2 %. Usually, the following are helpful in this regard:

You can use double (two times more) in any of the following senses:

When the double is written or said two times, then it is the Canadian style coffee which will include the following:

When you want to order coffee which only contains the frothed milk, then you should be ordering it by using the term ‘Dry coffee’.

This type of coffee is the one to one ratio of the decaffeinated and the regular coffee. This is also known as the split shot and the half and half.

This is a coffee drink that is made with extra shots of chocolate powder or chocolate syrup.

When coffee is not decaffeinated,l then it is known as regular coffee.

You can make the baristas include the milk of your choice like the following:

When a coffee drink is made by including non-fat milk.

Shots are referred to as one size servings.

When you want to order only one shot of the espresso, then ‘single’ is used. Besides, it can also be sued in the following contexts:

To get flavoured syrup incorporated without the direct inclusion of the sugar, you can order by using the sugar-free term.

When the desired shots for the espresso are three, then you can use the term triple.

When you do not require any foam but require a larger quantity of milk, then it is termed as wet coffee.

To get the whipped cream added to your coffee, use the term ‘whipped’.

To enjoy the coffee in the unique cup which has a lid over it, use the term ‘coffee with legs’