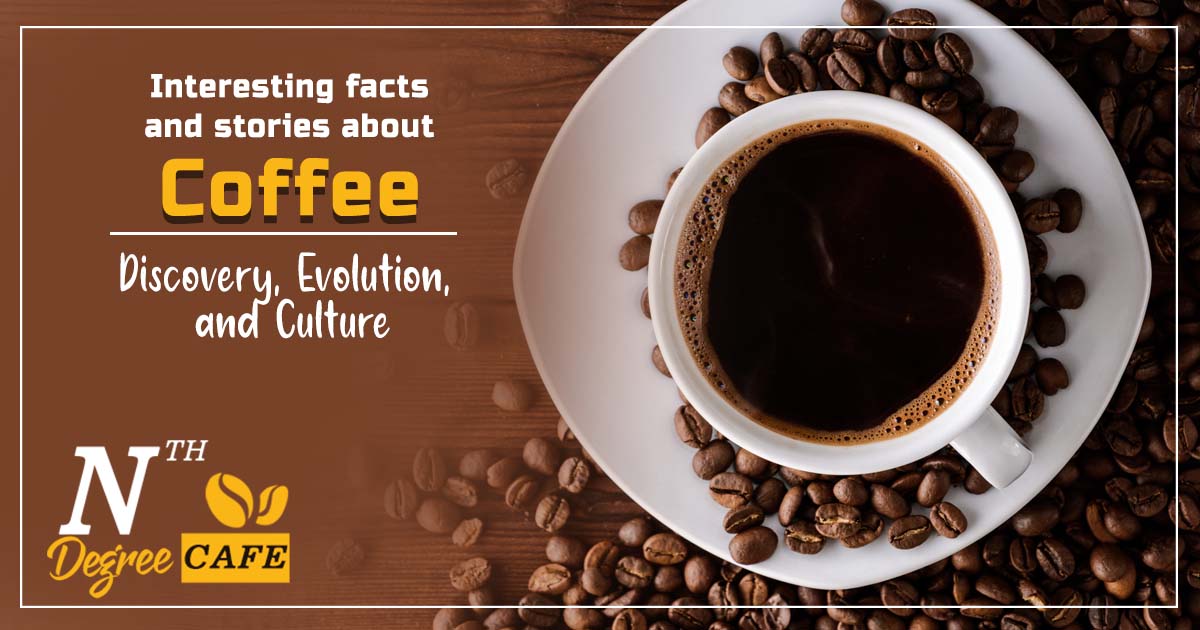 Well!! This is the question that occurs in the mind of that very individual who is pleased with coffee. The one for whom coffee is like a real stressbuster, wonders who discovered this brilliant stress-busting thing. Then, if you are looking to entangle the same, the answer is “Ethiopia”

Initially, Coffee was developed considerably in Africa. Then for its further development was done in Europe. Following the route, it reached Asia, which became the center of coffee plantations and harvesting.

There is an ancient story that is credited with being the originating factor for coffee. So, Let’s begin with the story –

Once there was a goat herder whose name was Kaldi. He found his goats to be acting strangely. One might wonder,” What strange behavior a goat can do?” The goats were dancing. When Kaldi went on to look for the cause of this awkward behavior, he found that all the goats who were dancing were actually eating red fruit. Kaldi took this red fruit to a Carthusian. That Carthusian didn’t like the flavor of the bean and threw it in the fire. When thrown into the fire, the superb and heart-warming aroma of coffee was sensed. From there, originated the roasted beans. This roasted bean was crushed and the discovery of coffee was made in this way.

As we all know that coffee is also known by the name of ‘MOCHA’. Have you ever thought, “Why so?”.It is because mocha is the name of a port which is believed to be the first-ever port when coffee beans initially approached. After that, coffee became a renowned commodity in the world and the major portion of shipment from mocha port contributed to the naming of the coffee.

Initially, Arabia took full control and authority of growing coffee beans. If any country or region wanted to make use of the coffee, they were to purchase the same from Arabia. But the course of history changed. Baba Budhan of India while on his return from a pilgrimage to Mecca brought some coffee beans back to India to carry out the cultivation.