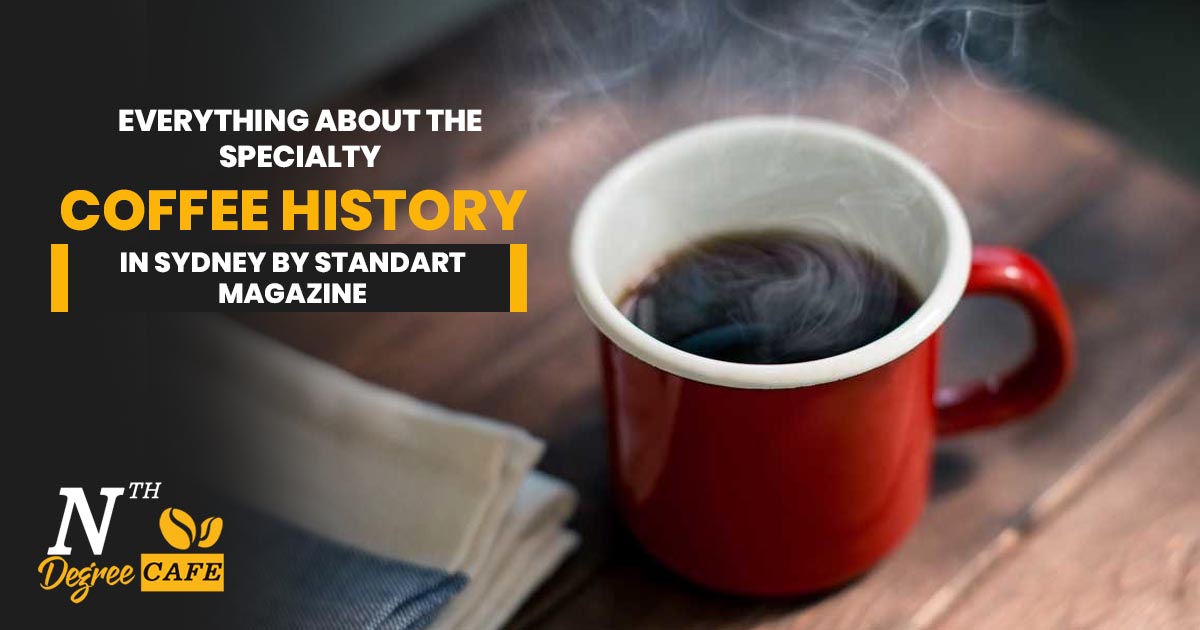 Everything about the specialty coffee history in Sydney by Standart magazine

Coffee in Sydney is loved by everyone. With time it has been seen that the love for coffee has grown because of the way it is made. The best cafe in Sydney will serve you delectable and tasty coffee which you cannot find anywhere. The diverse waves of immigration have helped to shape the coffee need with time.

Coffee has been in existence since the colonial settlers

It has been seen that since the colonial settlers coffee has been in existence. The convoy stopped in Brazil to pick the best coffee trees & seeds. Later on their arrival, they wanted to plant them but it didn’t go as planned.

Due to the Irish and British influence, tea consumption was on top. But the facts have shown that the coffee import was constant.

Australia was responsible for around 1/3rd of global gold production. It has genuinely spiked up the immigration process. With time diversity was seen in food and drink culture. With time it was seen that the Australian concept was extremely unique and the Australian concept started to blossom with lavish parlors, restaurants, lounges, and dining rooms. During the 1900s coffee was the focus of many people.

The coffee consumption becomes bigger in less time. The immigrant families were the ones who started doing this and later they established this practice.

The coffee is loved by the greek and Italian-Australian populations. The green beans are imported from all over the world & roasted locally. In the 1940s the modern espresso took the world by storm. However, in 1928, the steam-driven espresso was installed in Melbourne.

The existence of the cafes had become a daily hub for people to catch-ups & attend business meetings. Just like the way cafes are today, earlier was also there.

The local population was embraced by American culture and their habit. It further continued with the shaft from tea to coffee/. You can say that coffee became a permanent part of their lives in Sydney. The coffee importers increased because of the increasing demand.

There have been additional waves of coffee and you will see the difference in which they are being served. Not just the coffee is served at your favorite place but there is a food menu also to make it a fulfilling meal. It was seen that there has been a strong base of independent cafes in Sydney. The awareness about the coffee and the love for the espresso culture is one of a kind.

Hundreds of choices for coffee lovers

Sydney is filled with hundreds of choices for coffee lovers. From the quality roasters to different espresso, your experience will be one of a kind. There is no other place that will be as vibrant as Sydney is with its coffee culture. If you are looking to try a fulfilling meal with delectable coffee then visit our cafe and have the best time.